SECO University Education is made possible in part by a generous unrestricted grant from Alcon.

This course is free to all licensed optometrists, residents, and optometry students.

If you do not have an active SECO University account, make sure to sign up for a free limited-access membership.

THE VISION AND WELLNESS CONNECTION

This course will provide an overview of conditions such as obesity and sleep apnea that can be reversed by healthy lifestyle modifications. A brief overview of these conditions will be presented followed by a discussion on the impact on vision and eye health. Practical lifestyle changes and pertinent patient education will be reviewed.

Dr. Than received her Doctorate of Optometry from Southern College of Optometry in Memphis, TN. She then completed a residency in Primary Care with an emphasis in ocular disease in Tahlequah, OK. She publishes in several of the optometric journals and lectures nationally on various subjects including therapeutics, dermatology, and ophthalmic lasers. Dr. Than is a fellow of the American Academy of Optometry. Dr. Than received the AOA Educator of the Year award in 2015. She is a past recipient of the UAB President’s Teaching Award and has received numerous teaching awards. 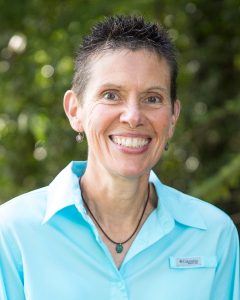